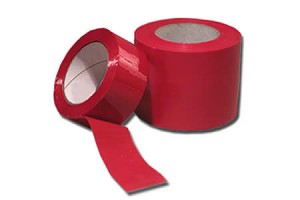 since the tornado hit Morgan County, there have been countless amazing stories that have emerged about just how truly good people can be to one another in a time of need.  and to be fair, I’ve heard far more GOOD tales so far than I have bad ones.

i wanted to share this one, just because it kind of stinks.

first off, let me say that I absolutely know there is a need for regulation and procedure in a time like this.  it is tempting to want to start rolling the ball forward as fast as you can, but unfortunately, often times that ball becomes hard to control, and it veers off in a direction it probably should not have gone.  so proceeding at a deliberate pace, while it may seem like it is holding back progress, is probably the best bet in a time like this.

for the past little bit, there has been a crew in the area that has been doing debris removal and cleanup for homeowners at no cost to them.  they come in and bring a crew and just set in to working, and within no time, it is amazing what all they have accomplished.

however, as of yesterday, they were informed that only debris  that was considered “wind blown” or structures that had fallen completely could be hauled away.  if a home is still standing, the homeowners must pay to have the debris hauled away by another means.  the crews can still demolish the homes for free, but the homeowner must provide the means to have that debris taken away.

now, i understand that it is probably a stipulation of the contract that the city or county has with FEMA…and the work and help that the government and FEMA will be providing is worth who KNOWS how much…and every bit of that help is appreciated, too…

but it just kind of stinks that these good people, who have come from hundreds of miles away to lend a hand in a time of need to people who could really use any help they can get right now…to people who may not have the financial means to have the debris hauled off…are basically going to have to shut down that part of their operation.

it is just sad that good deeds and government sometimes can’t go hand-in-hand.