how about a little music for the start of your long weekend?

I just wanted to share this with folks.  this band is called The Dexateens, and i just love ‘em.  they are no longer together, which is a damn shame, because they are just so, so good. (UPDATE!! They are BACK together, have released an new album and are working on another one!)

they are from Alabama, and they haven’t put out anything new in around 3 years, but that shouldn’t stop you from checking them out.  to try and describe them would be tricky, and would ultimately not do them justice, i think.  calling them “southern rock” or “alternative country” just doesn’t quite get it.  their lyrics are smart and creative, driving but also tender…the music can be gritty and raw at one point and then subtle and quiet the next. 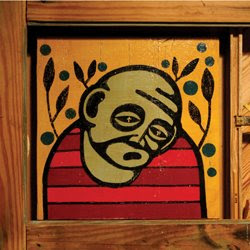 this video is from an album they created called “lost and found”.  the record label offered it for free on their web site, encouraging folks to donate in order to help cover costs and hopefully make enough to put it out on CD and vinyl.  i’m not sure at this point if it has a chance of ever making it, but if you like this song, called “Kid”, then you need to go grab the download now.

this album is a bit more laid back than some of their other stuff, but it is just fantastic from start to finish.  i just think this song in particular is great, from the lyrics to the intricately layered music.

i just love it.

You can download the whole album from here: http://www.skybucket.com/media/dexateens/index.php

most of their other stuff is available on Spotify, and i’d suggest you start with “Hardwire Healing”.  it was produced by Patterson Hood (Drive-By Truckers), and it just flat-out rocks.

i don’t know how many of you will like them…i don’t even know how many people will see this post.  but i just love this band, and i wanted to share.

i hope you enjoy.